Sometimes during a deployment you might not be able to or want to install ESXi to the embedded SD Card controller on the Dell PowerEdge servers, for example if your memory configuration exceeds 512GB of RAM then installing ESXi to an SD Card would not be supported, or you may want to have a locally defined Scratch Partition on a local VMFS volume rather than using a remote Syslog or NFS Share, so what are the options?

Well you could boot ESXi from a single disk, the downside to that is if the disk fails then you are in a host down situation, the other option is to use two disks in a RAID1 mirror and use that for the ESXi installation.? With servers such as the R730XD you can utilise all 24 drive slots in the front of the server for Virtual SAN, and then two rear 2.5 Inch slots for your RAID 1 Mirror drives.? In my lab environment I have a similar config, I have a bunch of SSD drives used by Virtual SAN and then two 300GB 10K SAS Drives in a RAID 1 Mirror for my ESXi install and local VMFS Volume.? So how do we configure the H730 controller to support both Passthrough Disks and RAID disks?

Please note: For production environments this type of configuration is not supported 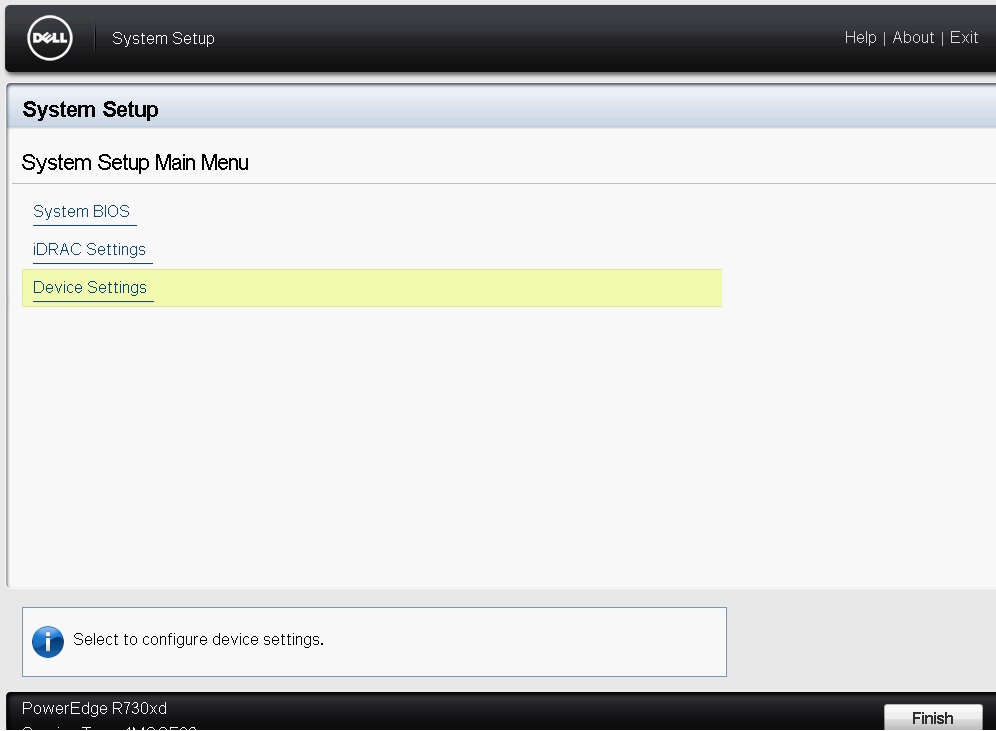 This section of the System Setup will allow you to change the settings for any devices connected in the system, for the purpose of this article we will be focusing on the PERC H730 controller, in my servers I have two controllers, so I am selecting the one that is second in the list labelled RAID Controller in Slot 3: Dell PERC <PERC H730P Adapter> Configuration Utility 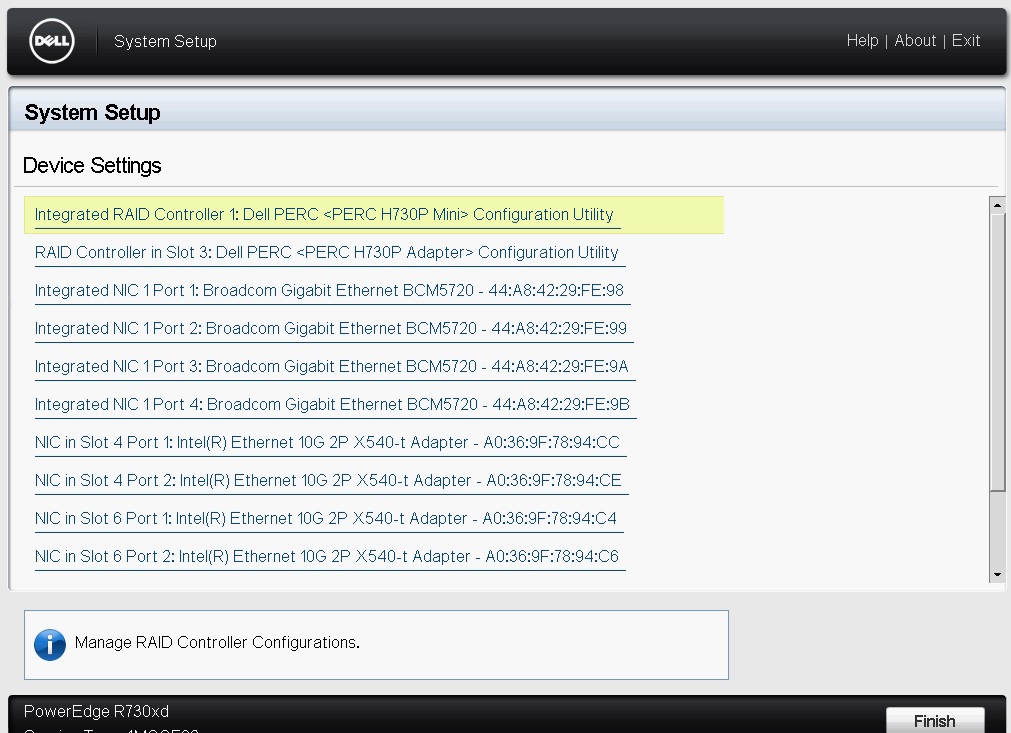 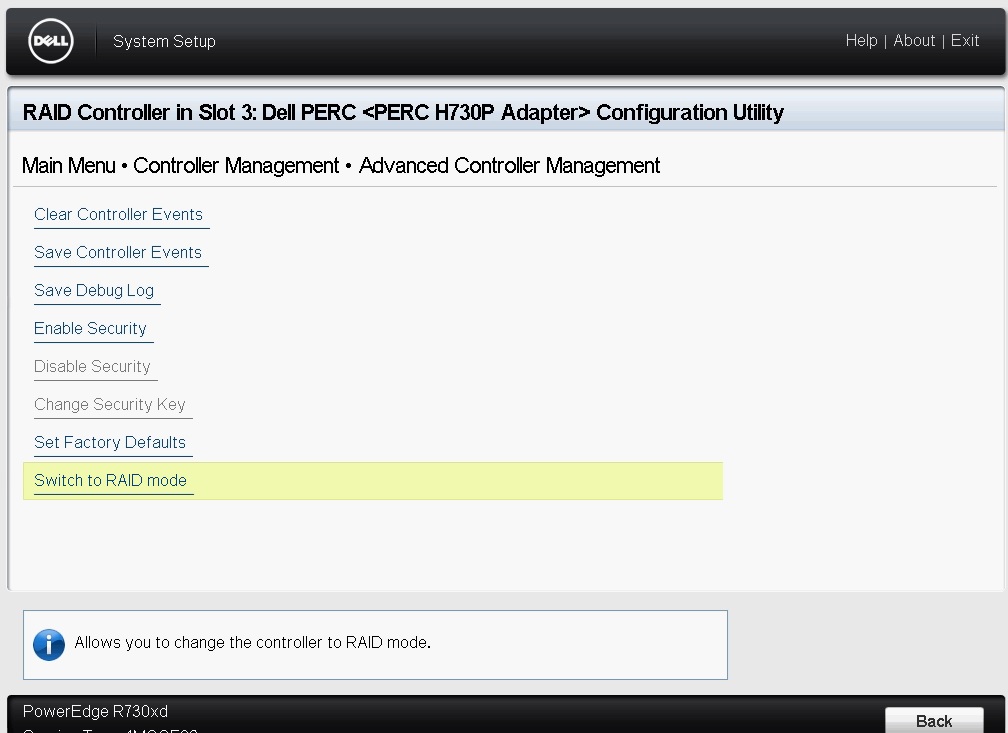 Now we need to ensure that NON-RAID Disk Mode is enabled, for this, click on Back and enter the Advanced Controller Properties at the bottom of the screen and select the option to enable for Non RAID Disk Mode and hit Apply Changed 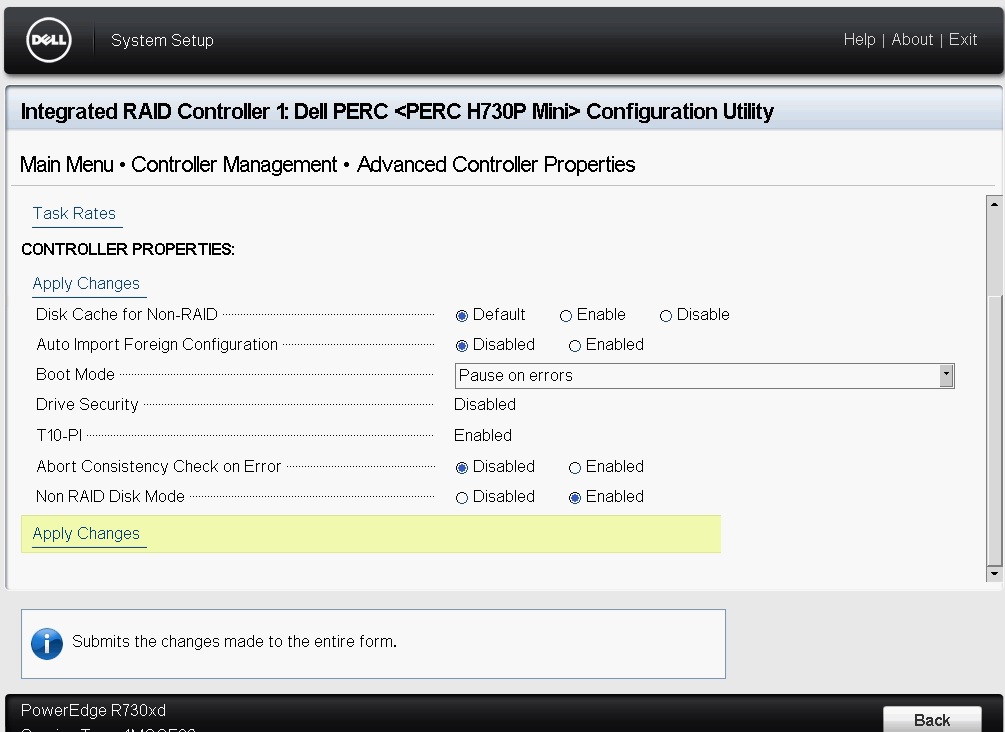 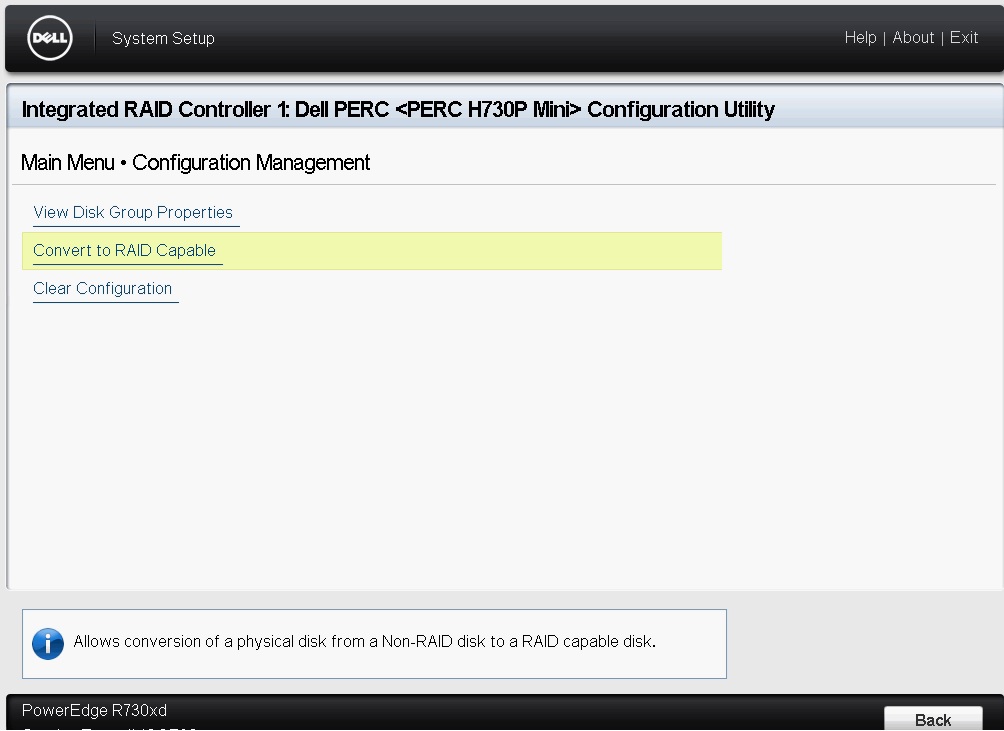 Click on Back to go to the main menu and then re-select Configuration Management and chose the option to Create Virtual Disk and proceed to create your RAID 1 disk, it will only let you select disks that have been switched to RAID capable, after completion, check that all other disks are seen as NON-RAID Disks under Physical Disk Management, since we switched the controller from HBA Mode to RAID Mode all the other disks should still be tagged as NON-RAID

Now your PERC H730 controller is configured for both RAID and Passthrough and your RAID1 Virtual Disk can be used to install your ESXi, during the ESXi installation, make sure you install to the correct disk, and all your other disks are passthrough mode and can be consumed by Virtual SAN